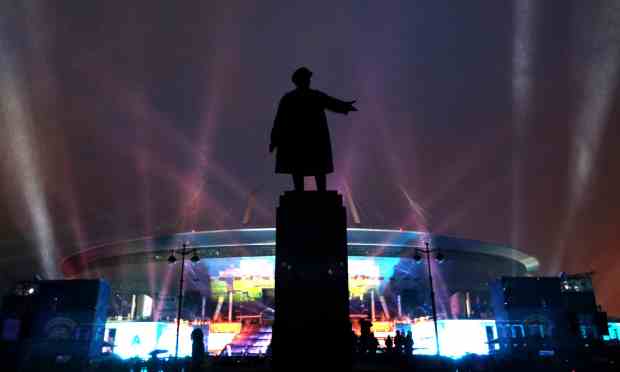 A test opening of St Petersburg’s Zenit Arena in February treated 10,000 spectators to car racing, motorcycle tricks, dancers and a performing bear introduced as “Russia’s greatest hero”. But the patriotic ceremony failed to note that the stadium, in which Russia kick off the Confederations Cup in a fortnight in preparation for next year’s World Cup, was built mostly by immigrant workers from Asia, including from one of the world’s most repressive countries, North Korea.

A subcontractor who asked to remain anonymous said at least 190 “downtrodden” North Koreans had worked long hours with no days off between August and November last year and that one, a 47-year-old, had died on site. “These guys are afraid to speak to people. They don’t look at anyone. They’re like prisoners of war,” the subcontractor said.

An employee of a North Korean state company that brings workers to Russia told the Observer at a St Petersburg construction site that the men often worked long hours and had to give part of their pay to the regime in Pyongyang to “facilitate the country’s defence”, which includes its nuclear weapons programme. 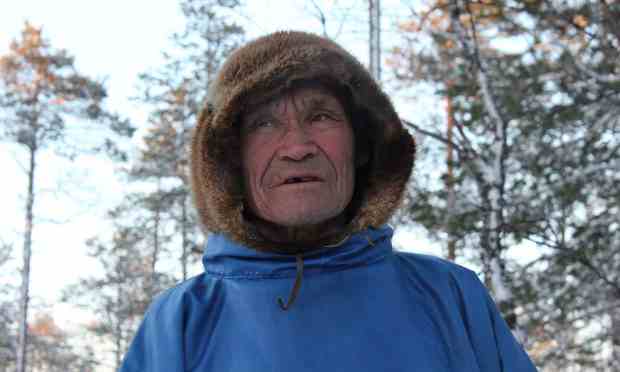 Sergei Kechimov, an indigenous Khanty reindeer herder, lives in a one-room cabin with no running water more than 20 miles from the nearest village in Western Siberia. But his home is not as silent as you might think.

Across the swampy woodlands the beeping and rumbling of excavators are audible as they search for oil to prop up Russia’s slumping economy. Environmental protection for indigenous lands has recently been abandoned.

Kechimov, who has been appointed by his community as the guardian of holy Lake Imlor, remembers the lakes and rivers being so packed with fish that he could catch them by hand, but he believes that oil drilling has severely damaged the ecosystem.

The compensation the regional oil giant Surgutneftegas gives to the reindeer herders can’t make up for the harm done to their traditional way of life, he said. “They poison us with this filth and trick us.” 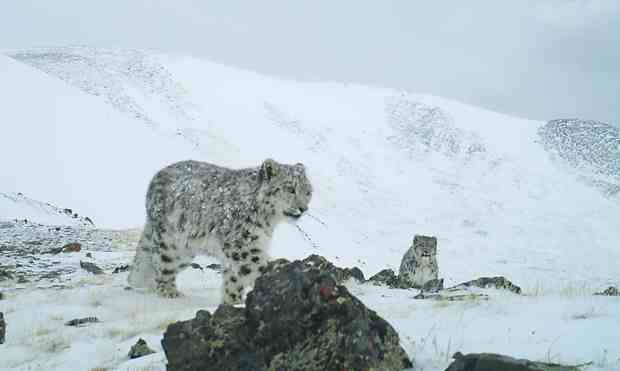 The snow leopard is so rare and elusive that it’s commonly known as the “ghost of the mountains”. But researchers in the Altai mountains, where the borders of Russia, Mongolia, Kazakhstan and China converge, are increasingly coming face to face with this endangered animal through a growing network of camera traps.

On a recent day in Sailyugem national park in Russia’s Altai Republic, rangers in ski goggles and huge parkas were retrieving footage from a high-altitude camera trap – a black box holding a dozen AA batteries, a memory card and a motion-activated lens – nestled among a cluster of dark burgundy rocks covered with orange and green lichen. Such windswept ridges are where snow leopards typically travel in search of prey such as ibex and musk deer, sneaking down from above to break the victim’s neck with one crunch of their powerful jaws.

“When camera traps appeared recently it was a huge boost because scientists got their hands not just on footprints but on photographs of the leopard itself, so we can identify individuals and their area of distribution,” said the park’s assistant director, Denis Malikov.