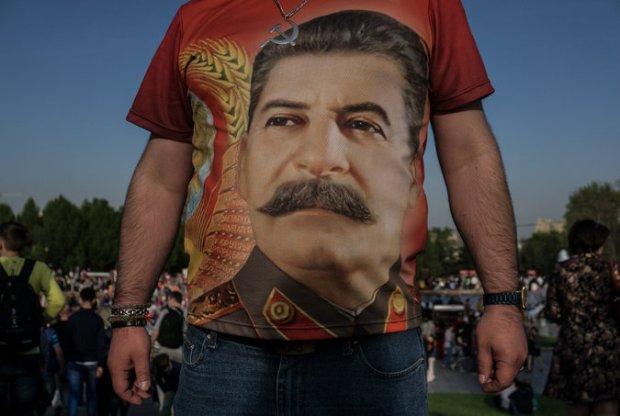 Penza, Russia — AT School No. 58 in Penza, a regional capital that is an eight and a half hour drive southeast of Moscow, the jury is still out on Joseph Stalin.

“He was a great man, unique in history,” Zhenya Viktorov, an 11th grader, told me on a recent visit. His classmate Amina Kurayev was more circumspect: “It wasn’t as terrible as they say.”

And what about the millions of Soviets who were shot or sent to the gulags? “No one was repressed for no reason,” Zhenya said. When I asked him how many political opponents Stalin killed, he told me “thousands,” and argued that the purges weren’t as “big or inhumane as the media likes to say.”

At least 15 million people were killed in prisons and labor camps under Stalin and his predecessor Vladimir Lenin, according to Alexander Yakovlev, who led a commission on rehabilitating victims of political repression under President Boris N. Yeltsin. Estimates vary, but Stalin’s victims alone certainly number in the millions. And yet views like Zhenya’s are becoming more common in Russia.

Read on at The New York Times

MOSCOW — Every time more evidence has emerged that Russia-backed rebels shot down Malaysia Airlines Flight 17 over eastern Ukraine, someone in Moscow has called a press conference to throw smoke over the claims. It’s a tradition going back to the days after MH17 crashed on July 17, 2014, killing all 298 people on board, when the Russian Defense Ministry held a briefing suggesting, improbably, that a Ukrainian missile or fighter jet had shot down the plane.

So it was little surprise when Almaz-Antey, the Russian state-owned maker of Buk missiles, held a press conference on Tuesday to shift the blame off Moscow and its separatist partners in eastern Ukraine. A report by the Dutch Safety Board released the same day found that MH17 was brought down by a Buk missile fired from an area near the town of Snizhne, which at the time was under rebel control. “It’s always special when people already know that they don’t agree with a report that’s not even published yet,” Dutch Safety Board chairman Tibbe Joustra told reporters when asked about the Almaz-Antey presentation, which took place hours before the Dutch findings were announced. 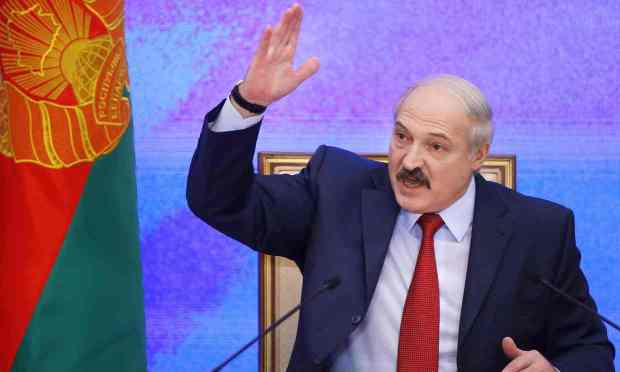 In a school hall on the outskirts of Minsk, an unusual event is taking place. It’s a week before Belarus’s presidential election and voters are questioning an opposition candidate about the legitimacy of her campaign.

“I came here to make sure you’re not a KGB agent,” says one woman in the audience of about 50 people. Then a man asks why he should vote at all when the results are sure to be falsified.

The candidate’s reply does little to instil confidence. “The regime counts the votes for itself,” says Tatyana Korotkevich, the only presidential challenger claiming to represent Belarus’s democratic opposition. “If a different candidate wins it will know, and it won’t be able to ignore us. Then I will be able to continue agitating for peaceful changes,” she adds.

The event is unusual in Belarus because there are few government critics standing for election – and there is not much campaigning going on. There was one televised debate, but President Alexander Lukashenko, who no one doubts will emerge victorious after Sunday’s vote, did not take part. He doesn’t hold rallies, answer questions or go out of his way to meet voters at all. 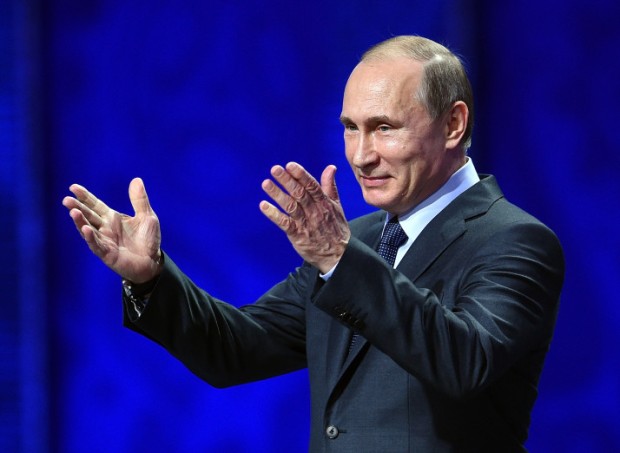 It’s a weekday afternoon in Kostroma, a drowsy provincial center 250 miles northeast of Moscow, and something is stirring in a quiet apartment yard on the city outskirts. Upbeat instrumental music is pouring out of a sound system, summoning residents—most of them military families—down for a campaign stop by Ilya Yashin, an opposition candidate for the regional parliament. As mothers with strollers and pensioners with shopping bags walk by, two surly young men with vests reading “Patriots of Russia” make sure to hand them and about a dozen gathered for the speech fliers labeled “We’re against the Moscow opposition.”

“The USA is trying to destroy Russia not only with sanctions, but also with the help of its henchmen, the ‘Moscow opposition’ that’s participating in the elections,” the flier begins. It identifies Yashin as the leader of this group, accusing him of selling information to the U.S. State Department and trying to return Crimea to Ukraine, “dooming to repression 2 million residents who want to be part of Russia.”

Read on at Politico 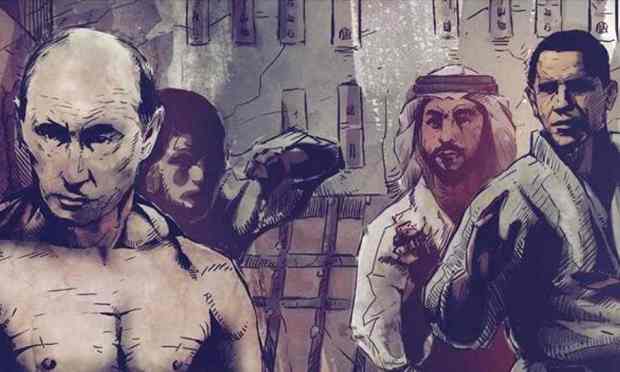 The job ads give little away. They ask only for “content managers” or “production editors” in a nondescript part of St Petersburg, and offer an above-average salary.

But for successful applicants, a thriving business offering rich opportunities for creativity and professional growth awaits. You can hone your writing skills subtly weaving patriotic sentiments into blog posts about beauty tips, fortune-telling, fishing or photography. You can revile the United States and Ukraine, posting news links and funny photo memes to local forums. If your English and political loyalty is flawless, you may even get the chance to insert angry comments on major western news sites.

If you’re really at the cutting edge, you can make viral videos about superheroes and breast implants, then drop in an insult about Barack Obama once in a while.

It’s all in a day’s work for a pro-Kremlin “troll”, a growth industry in an economy sliding towards recession, offering hundreds of young people up to £600 a month, with bonuses on top, and a two-days on, two-days off work schedule. 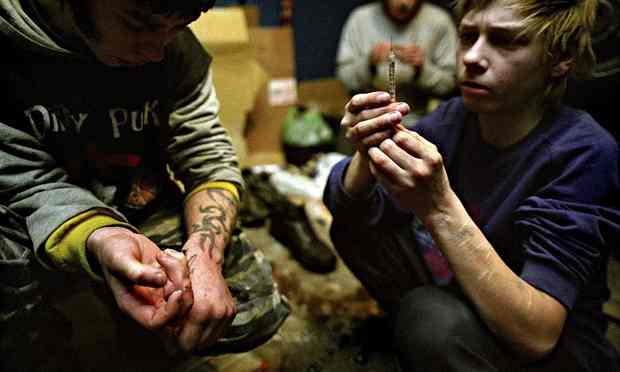 Almost as soon as two HIV-prevention activists set up outside the pharmacy in the outskirts of Moscow with two huge backpacks of supplies, a skinny young man with mussed hair and an impish grin quickly walked up to them.

“Do you have any ointment?” he asked, lifting up the leg of his tracksuit trousers to show a mass of red sores.

Asking what else he might need, the activists put ointments, bandages and clean needles in a plastic bag.

“I don’t have any immunity, and this stuff is expensive in the pharmacy,” the young man said, giving his name only as Pavel, 28. His health problems arose from drinking and injecting heroin.

Asked if he takes steps to protect himself from contracting the Aids-related virus, he said he got clean needles, condoms and advice from the activists from the Andrey Rylkov Foundation. 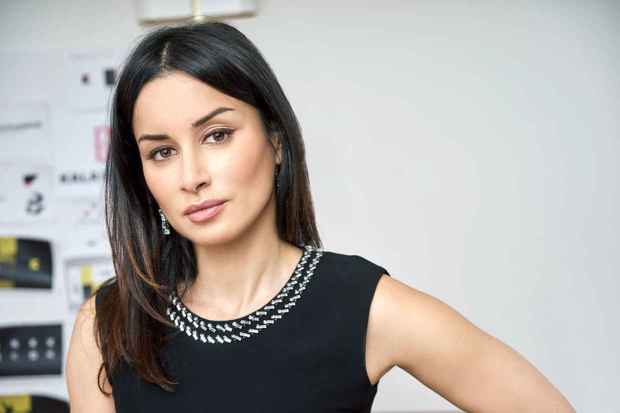 In its Soviet-era heyday, the Izhmash factory in the city of Izhevsk, in the western Ural mountains, used to crank out nearly 100 Kalashnikov automatic  rifles an hour. But by 2011, the storied gunmaker was approximately $30 million in the red, and the following year, in an embarrassing episode that seemed to sum up the company’s ills, 79 Kalashnikovs meant for demolition accidentally wound up in the hands of a villager buying old crates for firewood. Meanwhile, 20 Izhmash-owned companies went bankrupt. Then things really got bad: That same year, the Russian defense ministry announced it already had enough Kalashnikovs and would await the development of a better weapon before placing additional orders.

That’s when Vladimir Putin’s deputy prime minister, Dmitry Rogozin, stepped in. He spearheaded the reformation of Izhmash under a new name, the Kalashnikov Concern, and oversaw the sale of a 49 percent stake to two businessmen who promised to turn the company around. Engineers got to work developing a new Kalashnikov, and the stodgy weapons producer sought a seasoned public relations professional to give the company a bit of marketing polish.

They found their champion in Tina Kandelaki, a famous socialite and former television host who had appeared on the covers of the Russian versions of Playboy, InStyle, and Maxim.

Read on at Maxim 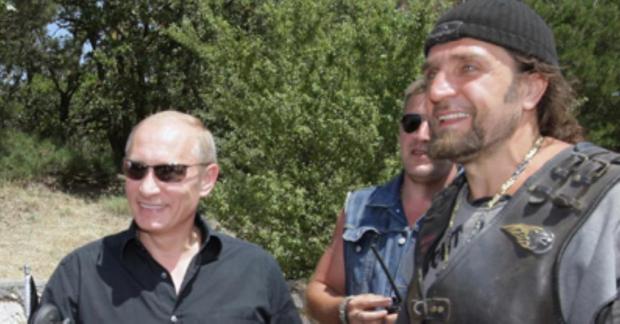 Such was the spectacle at an annual “bike show” held last August in Crimea, five months after its annexation by Russia. The production, organized by the Night Wolves, the country’s largest motorcycle club, stands as arguably the most vivid and surreal enactment of the Kremlin’s propagandist portrayal of Ukraine’s Euromaidan demonstrations, which led to a pro-Western government in Kiev that Russia has maligned as a “fascist junta.”

“Eternal lackeys of Europe, her spiritual slaves, you have perverted the history of your fathers and sold your ancestors’ graves,” declared Night Wolves leader Alexander “The Surgeon” Zaldostanov, the event’s creator and master-of-ceremonies, as he admonished Ukrainians in a low growl. “A foreign land is dearer to you than your motherland, and for that reason you’re destined to know only the will of your master, and to bow to him forever.”

Read on at VICE News 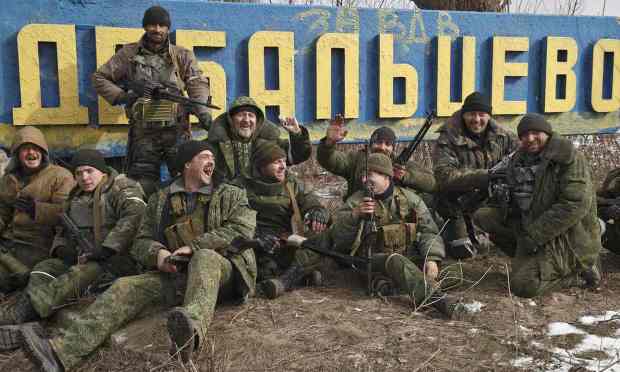 As the sun set over the cratered fields around Debaltseve, a group of pro-Russia Cossack fighters were retrieving boxes of anti-tank artillery rounds and two armoured vehicles left by Kiev’s forces on the side of the Rostov-Kharkiv highway, which was littered with mangled cars and turret-less tanks.

Shattered petrol stations and garages attested to weeks of intense fighting for the strategic town. Two troop transport trucks that had crashed into each other, scattering boots and clothing, spoke of the Ukrainian forces’ rushed, chaotic retreat this week.

“Donetsk and Luhansk regions are our home. We will take back our land,” said Andrei Dyomin as he tethered one broken-down fighting vehicle to a truck. “Every ceasefire they move up their armour and start killing us again. There won’t be a ceasefire, there will be war.”

Seven trucks full of Ukrainian soldiers left the besieged town of Debaltseve in eastern Ukraine hours after the so-called ceasefire began Sunday. Only five made it back safely behind Ukrainian lines.

As they sped north through the no man’s land between Debaltseve and the next Ukrainian position, they began taking fire from rebel artillery. A squad commander who goes by the call sign Jackson was in the first truck.

“A shell landed three meters from our vehicle,” he told VICE News. “It’s a miracle we’re alive. The third truck got hit.”

Read on at VICE News