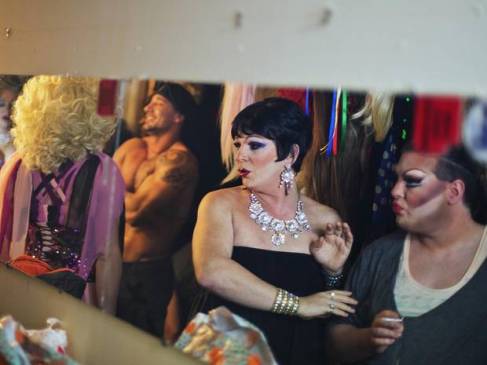 “It’s more tolerant here,” the drag queen Dolores said. “It’s a little Amsterdam in Russia, but without the excesses.”

But the arrest of more than a dozen LGBT activists in Moscow and St Petersburg on the opening day of the Olympics served as a reminder of the growing discrimination gay people face in Russia, and Sochi, which many people call the country’s “gay capital,” is no exception.